"First, I would like to thank the Canadian government for giving me the opportunity to both express my p.o.v., and also consider the p.o.v's of others within this engaging on-line forum. I regret that I am unable to attend any of the 'live' forums, or view the webcasts, (…I'm restricted to dial-up …), but hope that the following words may find a useful place within your on-going deliberations.

Who am I? I be a self-employed mid-career artist from Southern Ontario. Altogether I have 'licensed' 2 books (one fiction, one non-fiction);' licensed' 3 items of Canadian fine furniture for manufacture; co-produced & co-written one broadcast 'experimental documentary' (54 min); written & produced 3 additional titles under my own artists' imprint; painted over 400 oils in my signature 'naïve-surreal-folk-abstract' style, selling about a fifth; shot over 500 pinhole images, selling less then 100; designed & made over 300 works of Canadian fine furniture 'on commission' (but left that 'discipline' altogether in 2000 cuz few will pay for skilled labour in this country). I've done these 'things' over a 35 year period, exhibiting in over 50 private & public venues. All told, I've been 'relatively' successful, and yet I am poor by the median standard.

Recently, within the last two years, I've also taught my Self how to 'blog'. I now have two of those; one semi-anonymous, and the other an overt publicity tool for my pinhole & digital photographic & fine art works. I just started to 'twitter' a month ago, and haven't decided yet if it's worth my time & investment to bother. In other words, I am a 'work-in-progress' artist of Canadian origin who draws on my experience as a 'Canadian'. I am constantly contributing to the cultural fabric of this great & wonderful land, and yet, I live below the poverty line, seemingly by choice. Why? Cuz I love the freedom to do what I want to do.

Now here are my concerns:

In all instances of above 'licensing' I have been shocked, dismayed & disappointed by the behavior & dealings with commercial licensors, aka 'distributors'.

In the book dept, I signed with 2 different mid-size publishers. Neither gave 'advances' or a 'signing fee' and both promised a royalty of less then 15%. In both instances, my books sold out but I never saw the full royalties. The first Toronto publisher re-structured under bankruptcy protection. The other didn't, they just failed in the early 90's and slid into obscurity. So, as an author, I kinda did those books 'for free' over a five year period …

In the fine furniture realm, I signed with 2 local manufacturers. One modified my design within 3 years of signing without consultation to me, and went bankrupt after 5. The other paid me a 'retainer' of $500 on signing, reported royalties haphazardly for 5 years and then also went bankrupt after 10. Again, I ended up kinda doing those works 'for free' … The third was in Italy, (who I met while at a trade show in New York).. No advance, royalties set at 7%. I've never received royalties or sales statements of any kind – even though I know they used my design in prototypes at international trade shows & retain my original drawings …

In the instance of the typeface design, I signed in 1980 with a reputable graphic house giant, Letraset, in England. After 29 years, they've 'lost' my original drawings, digitized my design without my knowledge or consent, deliberately engaged in third-party dealings without remittance, restructured at least twice and absolved themselves of continued record keeping when I finally managed to 'catch up' in 1991. My design, 'Lindsay', "escaped" from their 'protection' and is now available for sale via vendors who claim the Rights to their digital data but do not honor or compensate me for the Original Design. One distributor, URW++ in Germany, even produced 5 'knock off' versions under my name (2007), ie. 'Lindsay'. So, again, that 'licensing' venture was a bit of a bust. (URW also went bust, then 'resurrected' as URW++, an apparently common 'commercial' tactical maneuver to get out of financial obligations …)

Cumulatively, all licensors have treated me & my work like 'sheat' after the 'honeymoon period' was over. And that, surely, is not right. To be sure, I could have 'hired' better lawyers to 'negotiate' better terms, who'd fight for my Copy Rights nationally & internationally … but, I am self-employed, and was, during that time frame, 'coming up' thru the ranks. I was 'learning'.

As an older & much wiser artist, I am now loathe to 'sign' with any prospective licensor aka distributor. I just do not trust the whole business anymore. I have no confidence any longer in 'fair & equitable' dealings. I've just seen & experienced too much to believe in any of it.

Rather, I now manage everything and have become an 'artspeneur'. I create each art object from scratch. I do my own sales, distribution, and collect 100% of the revenue. To be sure, all in all, it can be an exhausting business … But until such time that I can feel confident (again) that the licensors (aka distributing 'copiers') will honor the Terms of our Agreements, and consistently pay me my fair due, I doubt I will ever 're-engage' with the existing 'commercial world'. And, that, my fellow canajuns, is a problem for Canada.

When 'cultural producers' have neither the trust nor confidence that their works will be 'protected', they lose faith altogether in 'the system'. Again, that is not good for Canada.

The digital economy, focused around the 'internet', is primarily a publicity tool. I personally have not achieved any direct sales thru my new blogs, (yet), though I have garnered some 'visibility' and 'credibility' because I am now 'on-line'. I don't know how long I can keep it up though, cuz, frankly, I'd rather be working on my art.

I detest that my 'role' within the 'digital community' is now classified and reduced to that of 'content producer' and that, at present, any can 'copy' my presented works on-line regardless of any measures that I may take ( like watermarks, reduced file sizes, or 'copywrite' logos) to protect my efforts. I'm just not so enamored by the beastie as are many other 'free-for-all' advocates. There are only so many hours in the day. And again, I'd rather be working on my art.

That said, I do recognize that the internet is an invaluable resource for both educators, and private use. I just detest the 'free for use' bullies who disrespect & rip-off from genuine creators. They are the scum of the earth. They glorify & justify their 'heists' in the name of 'freedom'. It's utter B.S. They have neither conscience or sense of 'fair play', and frankly, really don't give a damn. Many of them have been very vocal on this forum.

All in all, what I've gleaned from this enlightening event is that there are very different markets and very different creators. I think it expedient to suggest at this time that the actual definition of 'creator' be closely & carefully re-examined, and, re-defined.

An author, for example, who works 2-3 years researching & writing a book cannot 'equal' a photographer who shoots 400 digital pics in an afternoon, uploads same by dusk and is selling them thru stock agencies by the next day. There is just no correlation.

Likewise, a 'software programmer' who builds code on existing code is very different from a solitary painter or sculptor who shapes something from nothing using the learned coordinating skill of their eyes & hands. These two 'groups' are just not of the same 'species'.

It is increasingly apparent to me that 'Copyright' rules must be written, and applied, very differently for each. Terms of use, for example, for an solitary author must be different then for that of a photographer or 'new media' artists. Obviously,

What I propose/suggest/wonder about is a system of differentiation between 'traditional' cultural art makers from those who are digitally dependent and continuously re-cloning or re-cycling on-line, like broadcasters/film-makers/mashup DJ's etc. As a continued example, most photographers are 'taking' photographs of existing reality, in much the same way that software developers are 'building' on existing code. They can replicate their efforts ad infinitum with a push of a button, (unlike 'traditional artists' who painstakingly create 'one offs'). Perhaps it would be best if their works were 'sanctioned' under 'patent' protection, or some other 'digi' license instead of copyright'ed as original individual efforts.

And yes, I am 'just' a wondering, questioning & questing multi-disciplined artist, not a LAWYER.

It would help a great deal if you, the government of Canada, provided clear 'classes' of eligibility for copyright, patent and IP protection. Also, it would be great if you provided a subsidized 'legal bureau' (with international teeth) where copyright issues can be addressed by independents who don't have the clout or finances of 'corporations' or 'organizations', and finally, please legally support the Creators of our very own unique Canadian Culture.

Oh, I am also for retaining the existing copyright term of 50 years after death. My work is my legacy. I want my family to potentially benefit tomorrow from what I am making today. I am investing in this country, crafting our material culture.

And, I also believe that 'copying' aka 'file sharing' should be strictly limited & enforced to 'private use'.

Just remember that when the Power DOES Go Out (by accident or design), we'll be right back at the beginning using 'traditional' arts to communicate – like singing around a smoldering campfire, telling wild 'n scary stories to our kids, acting out comical skits to our friends & families, and drawing out our wildest dreams & schemes in the dirt at the feet of our peers …

… if we remember how.

Good luck. Best to you all. 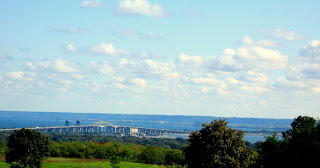 Hand-processed gum-bichromatic photo images by Rainer Wenzl will highlight this 'alternative photography' exhibition. My 'digital photo-collage' works will stand in 'CONTRAST'. Other members of this innovative art co-op will be exhibiting thought-provoking & complimentary photo images. All in all, it's meant to be a bit 'different' ... so, please do come check out our latest efforts ... 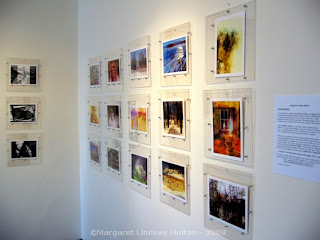 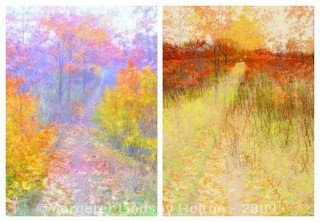 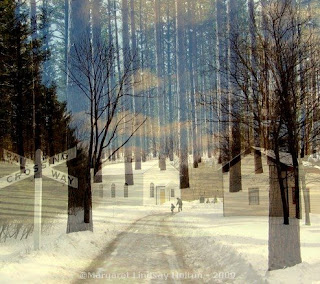 ***SPECIAL EVENT***
Artist will be 'ON-LINE'
from 2 to 3pm, Friday, April 24th,
to take your questions
in the COMMENT section of this post.