This epic family saga begins after three diverse men arrive to the North American continent. Set in the Golden Horseshoe region of Canada, one arrives by foot at the Niagara frontier in the 1750s. Another arrives by ship from the island of Sicily to the burgeoning Hamilton port in the mid 1850s. The last arrives from Dublin just before the outbreak of WW1.


Over 250 years the Hartford, Di Angelo and O'Sullivan clans hunker down into the wine-making district of Niagara. Nothing remains sacred as opportunists pursue lust, land and loot. Ancient taboos are broken - and all hell breaks loose ...

Wine enters the picture too - lots and lots of wonderful, lip-smacking wine. 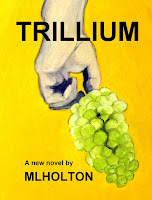 Author of two other novels 'Economic Sex' (1985) and the award-winning 'The Gilded Beaver' (1999), MLHolton has also crafted short stories and poetry.

After writing and directing, 'The Frozen Goose' (25 min DVD, 2016), she produced a spoken-word & electro-pop album 'CANADADA:TAKE TWO' (2017) to mark Canada's sesquicentennial. Her earlier poetry books, 'Bush Chord' (2006) and 'On Top of Mount Nemo' (2002) as well as her five photography books can be found on her website. 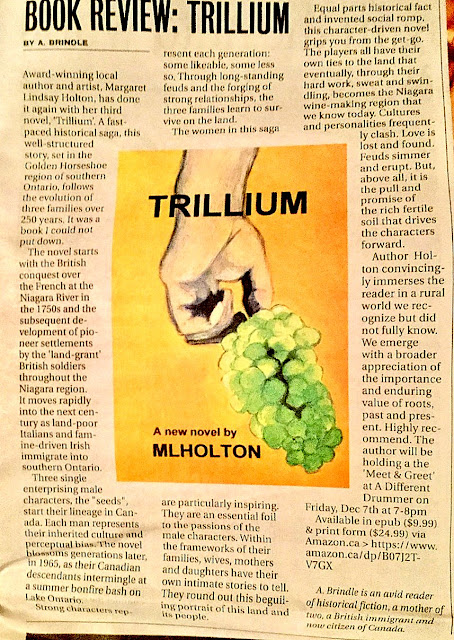