... Brain child of three amigos, Lewis Lavoic, Paul Lavoie and Phil Alain,  from Sturgeon County, Alberta, the Canada 150 Mosaic is a cross-country community 'arts initiative' to stimulate 'national pride' during Canada'a 150th year since Confederation. It's certainly an ambitious project that has received significant government funding. Lots of media is and has been following and reporting on it over the past year ....

The City of Burlington is involved with this project too. As a local artist, I created a tile to amplify "sense of place" (for FREE), and sent it back to one of the local coordinating organizers, Cobalt Connects of Hamilton, (who works with the City of Burlington on their 'public art' programs ... )  The 'unveiling' is happening on Canada Day, July 1st.


I admit, it was kind of SURPRISING to hear one of the other cities involved, Ajax, Ontario,
has an eerily "co-incidentally similar" sound-track in the promo video for their mural,
(so says Producer & the film-maker) to my latest spoken word & musical album:
CANADADA: TAKE TWO.
... It's very weird and TOO coincidental to MY EAR ...

Anyway, after a brief discussion, they said they'd remove the music from the following clip. They haven't, (as of today, June 7th.)  That film clip - with the same soundtrack - is still on the filmmaker's YouTube channel. Last checked, it has been removed from the CANADA 150 MURAL website ... 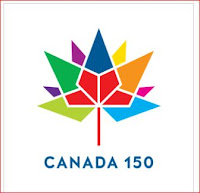 Will post UPDATE of the final mural in situ, post July 1st.
... Curious to see where my little teepee ends up ...
UPDATE, July 4th: Well, HERE IT IS! 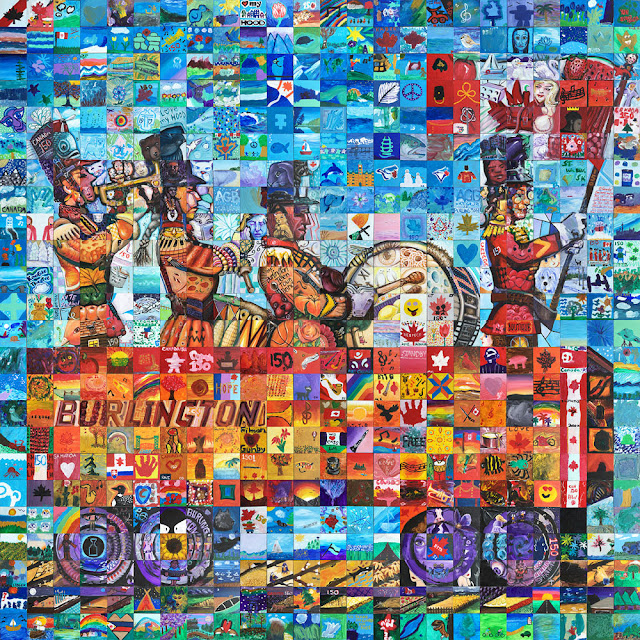 Interestingly, my teepee has not been included in the end mural ... Draw your own conclusions.
(And NO, second row from bottom on the left side, is NOT my teepee.)
Ha! The Politics of POLITICS! 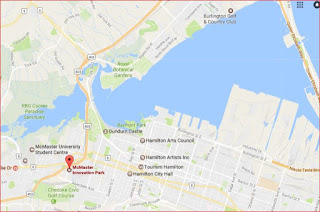 175 Longwood Road South
Hamilton, Ontario, Canada
(nb: plenty of parking on site -
best to go to back of main building)

For more info about this work
- price, size, framing -
please contact the artist