It is with both sadness and delight that I can now able 'reveal' that yes, I, Margaret Lindsay Holton, am the author of the award-winning 1999 novel, 'The Gilded Beaver by Anonymous'.

It's sad, because the 'verbal deal' that I made with the antagonist of this quasi-fictional work died this March of natural causes in his 80th year. Yet, I am delighted because, now, I can rightfully claim this 'story' as my own.

Why did we make this 'deal'?
It's complicated, but suffice it to say, that on successful completion of an ambitious design commission, I wrote about the nit-grit of what REALLY happened during the process. When I asked the client for permission to publish our story, he agreed, on one condition: we were both to remain anonymous, until, quote, "one of us dies."

- I agreed to that, and soon released 'The Gilded Beaver by Anonymous' in a limited-edition paperback under my own artists' imprint. It did well enough, even though, at the time of release, no-one had any idea where it had come from.

Newspaper reviews, at the time, had some fun with it, calling it 'a mysterious psycho-sexual tug of war in the design world' and 'a dance of intellect and eros that expertly unfolds ... closes with panache'.  I was eventually outed as the author by The Ottawa Citizen, but by then, the initial interest had subsided, and life went on. For all intent and purposes, the title remained 'anonymous' and has sold that way for the past twenty years. However, overtime, I began to regret my 'anonymous author' decision. Why?

Because, in simple terms, very few people understand what transpires when an artist - or designer - interacts with a client. It is often so much more than just a financial transaction or a power dynamic exercised by one - (who has money over one who does not) - to 'do what they want'.

'G' did offer an opportunity to do something spectacular to ADD to 'Canadian Material Culture', and I did just that. But, on route, there were bumps, lumps, periodic disagreements, confusion and personal upsets.

We did manage it in the end, but, believe me, it was not easy. As a client, he was imperious, moody, petulant, demanding, and in the end, a bit of an a**hole primarily because of the money issue ...

Money is an on-going concern for small business owners to keep 'cash flow' going. (It's not of such concern for big-wig financiers who always have easy access to bank credit.) One of my reasons for initially writing this work was to articulate - and demonstrate - what a fine line it is between feast and famine for those who live, out of necessity, paycheck to paycheck.

When the anonymous first edition come out in 1999, I was not able - or permitted  - to 'claim' the good work that was done by so many skilled craftsmen. Nor was I able to promote these new furniture pieces for their good design and exemplary workmanship that would have legitimately positioned them in the international global arena of FINE #DECORATIVEARTS. I was just not permitted to speak about them because of the aforementioned 'deal'.
Admittedly, this is all very obscure to most, but for those 'in the trade', they understand that fine decorative objects artfully reflect the culture from which the items spring. Ultimately, well-designed decorative art works honour the precise hand-skill traditions of solid eye-hand-and-heart co-ordination. My hired hands did an exemplary job - and those craftsmen deserve the recognition and reputation for doing so - even if it is 20-years late.

My specialty, at that time, was the designing and making of 'Canadian Fine Furniture'. I had learned the rudiments of this craft from my cabinet-making father, Luther Janna Holton II, and had refined my skills and interest with further self-study and application. By the time I was doing this 'commission' for 'G', aka Gordon, I was, without exaggeration, one of the best 'fine furniture designers' in Canada. I always worked with the best hands I could find to make beautiful 'things'. The revealed chairs in this post, and other items that I produced in the 1990s, attest to that.

But, again, life goes on ... I finally left this discipline, after spending 10 months on another high-end commission, when the client ran their hand down the beautifully french-polished and intricately-carved mahogany 16-foot dining room table and asked if it was 'oak' ...

That was it for me. I just lost interest in designing and making 'things' for people who had absolutely no idea what they were getting, or what was involved in the design and crafting process. I soon left the 'business' of designing 'Canadian fine furniture'.

That's not to say that my own interest in fine craftsmanship and good design waned. It did not. I still swoon over a beautifully made object - from any culture or from any era. I am just no longer willing to do it - or sell it.

In the late 1990s, I started to do other things and developed other marketable skills, like my ever-popular pinhole and photo-collage photography, and, as always, I continued on with my signature paintings and my writing, found all over this site.

The final - and most relevant - reason for releasing this title again - with my name on it - is to DIRECTLY and DELIBERATELY tie this book to 'The Four Canadian Fireside Chairs'.  These four well-made chairs now exist in Time & Space. This book, The Gilded Beaver, intimately explains how they came to be. There is, finally, some faint hope that someday, someone, somewhere will finally 'get it'. It is hoped that a few decorative arts connoisseurs will recognize this #Canadian #design contribution for what it really is ...

There are no other chairs on the planet like this set of four.

The Four Canadian Fireside Chairs are a  fusion of English-French and Inuit IDEAS that place them squarely IN CANADA at the end of the twentieth century. Made of blemish-free hardwood, selected from a private mill in Ancaster, these black walnut chairs should easily last for 300 to 400 years, with, perhaps, a restoration or two on route.

I know, without any doubt, that they are GOOD chairs. They will stand the test of time. In the end, I was happy to have designed and created them. I am now, with this new release - with my name attached - willfully putting them into the broader arena of the DECORATIVE ARTS FROM CANADA at the end of the TWENTIETH CENTURY.

Yes, they were designed FOR Gordon, but more importantly, they were done FOR CANADA and our own 'material culture'  heritage.

I hope you will now consider this revised title, by yours truly. Give the story a read, or even a re-read, knowing now that it is a 'true story'.

Consider what went on, and why. Consider this title knowing that what artists and designers build - as 'cultural artifacts' - comes from inherited and invented narratives that manifest in material form. Yes, we artists 'make things', that not only mark our time on the planet, but we also make things to WITNESS and DOCUMENT the dominant stories of our own times for future generations.

Have a read. Learn more about this grand & beautiful country of ours, Canada, on this amazing planet, Earth.

Now Available as an E-book on Amazon
The Gilded Beaver, Second Edition,
by Margaret Lindsay Holton 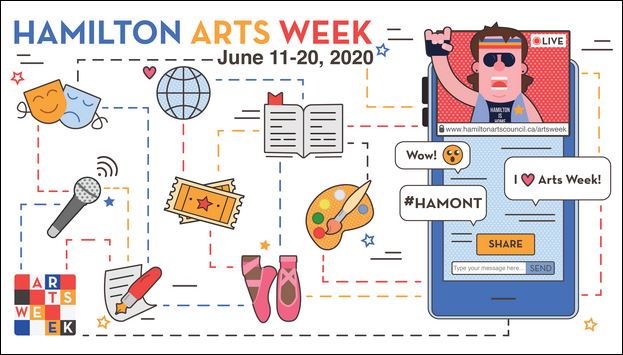 HAMILTON ARTS WEEK!
ON-LINE - JUNE 11th to JUNE 20th, 2020
Artists, performers, authors and entertainers from around the Golden Horseshoe Region of Southern Ontario, Canada, are offering a variety of different on-line events from classic opera to crochet-making for those housebound during the Covid Crisis from June 11th to June 20th.  I am thrilled to be included in the line-up with a 'broadcast' on June 15th, at NOON, of my 2017 spoken-word & electro-pop album, CANADADA: TAKE TWO. In it, I explore and examine what it means to be 'Canadian'. In many ways, the thoughts and ideas are as relevant today as they were when I first created & produced this work. Check out the extensive and diverse line-up during the 9 days: bookmark what interests you, add the event to your calendar to 'tune in' at the appropriate time. 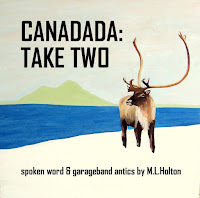 Community Event Listings are here ...
and here's a direct link to my offering.
(And YES, you can tune-in to my offering at any time. Here's a wee sample, SHAREWARE, by yours truly.
Now, go listen to the SHAREWARE poem.:) ) 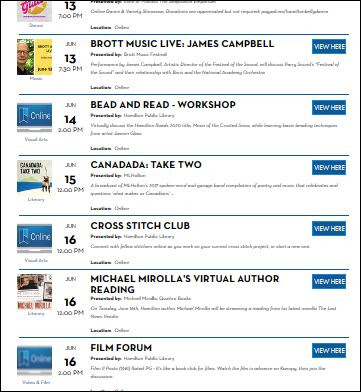