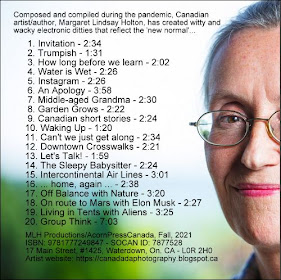 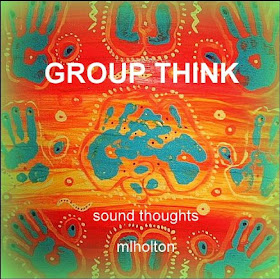 As some of you know, music is my first love ... I like what music DOES to humans, how it enters the entire mind and body and makes us 'move' - either in thought or through body motion. It permeates nearly ever facet of our lives and gives us SOOOO VERY MUCH.

I was fortunate to receive piano lessons as a child, guitar lessons as a teen, and some global musical history while at university. Music is 'in me' as it is 'in' all of us.

Today, I am happy to release my latest album - GROUP THINK - with an explanation. GROUP THINK represents my continued experimentation in the electronic musical sphere. And yes, I am a late entry ...

For far too long, I was dismissive of this sub-genre of musical construction. But, over time and after continued listening, I have turned 180 degrees and now prefer it, generally, over all other kinds of music. To my ear, it is just soooooo contemporary and 'here'. It speaks to TODAY while offering inventive and, in the main, hope-filled imaginings for a unified TOMORROW.

I first became 'taken' by this kind of music after listening (for hours) to the creative mixes, tones and dips of an extremely talented Toronto-based DJ - Richard, the Medicineman. I was continuously impressed by the way he EDITED, connected and DROVE his 2.5+ hour-long radio sets. The mingling  'sounds' were often new to my ear, the beats were 'on point' and, clearly, a globally-attuned mind-set underscored the efforts. From there, I started to listen to many of his recommendations. I fell in love with this new and creative way of putting 'composed' and 'found' SOUNDS together.

To date, I've created and produced three full-length albums. The first, SUMMER HAZE, is just me and and old classic upright from the farm. I sat down one Saturday, decades ago, and turned on the tape-recorder and proceeded to play for an hour or so. All of it was improvised. I like to think of it as my 'Keith Jarrett' moment. Anyone who's listen to his Lausanne album KNOWS what I mean! - (Only a few copies of 'Summer Haze' remain in my inventory. Contact me directly for a Collector's Copy. It is not available on-line.)

My second album, CANADADA: TAKE TWO, veered far away from traditional instrumentation as I became increasingly seduced by the the novelty and facility of Apple's Garageband app. CANADADA: TAKE TWO was done in celebration of Canada's sesquicentennial in 2017. On it, I alternated my older  spoken-word poetry to complimentary musical 'electro-pop' pieces that I had painstakingly laid down, assembled and mixed. It was a big leap for me. Tracks were inter-cut with my own recorded tracks on a variety of different instruments - piano, guitar, drums and gamelans ... People seemed to like it. :) 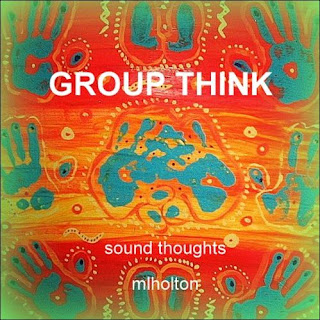 GROUP THINK, this last album, is a accumulation of continued experimentation on Garageband. It's not ambient, per se, nor is it jazz, per se, nor is it entirely improvised. Overall, it is an exploration of where I am going, with 'suggestions' or 'sound thoughts' about where I think we, as humanity, are going ... I KNOW it will not be 100% to everyone's taste. It's not 'classical music' in any traditional kind of way, (except for periodic beat structures) . Rather, GROUP THINK is a response to WHAT and WHERE we're AT these days - for better and worse. HAVE A LISTEN!

NB: Only 50 copies of a Collector's CD have been produced through AcornPressCanada. I do intend to give away copies during my OPEN STUDIO on Saturday, Oct 16th, as a part of Canada's provincial-wide Culture Days. To listen for FREE, (x3 - with the hope that thereafter you can bring yourselves to buy or donate something), is now offered on Bandcamp.  Note, new VIP annual members also gain access to CANADADA:TAKE TWO - and - they get the satisfaction of knowing they are supporting my continued evolution in the musical sphere.

Some years ago, I was totally knocked out by Shane Carruth's 'score' for his best known movie, Upstream Colour. I was further impressed that he had done the score himself. This is my aim too - to one day create a feature length MLH visual to an MLH audio. IMAGINE that! Ha! Yes, it is a goal ...

For now, TUNE INTO GROUP THINK - be sure to read the cover & liner notes to get a better sense of what I hope to accomplish with this latest creative effort. Thank you and I do hope you enjoy it, even parts of it. :)  mlholton

- p.s. All the albums have my artwork on the covers. All were done as paintings first ... :) 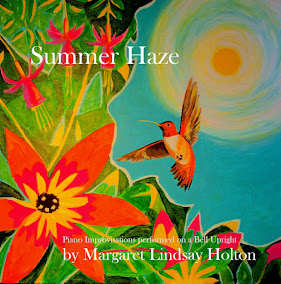 It's here!! Save on your pre-order of 'STICKS and STONES: Ten Canadian Short Stories' by MLHolton

Excited to announce the completion of a new short story collection - STICKS and STONES. Ten Canadian short stories have been compiled for your reading pleasure! Save by pre-ordering now! Formal Release and Launch is on October 16th when I am having my OPEN STUDIO as part of Canada Culture Days, 2021. Get it now! :) - Here's a teaser trailer ... Enjoy! And, please, leave your after-the-fact reviews on Amazon. - mlholton 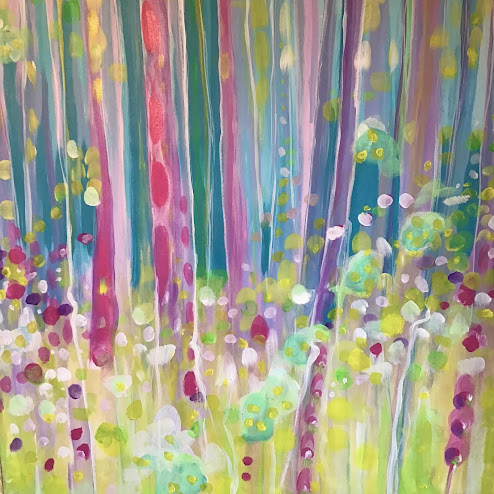 'Woodland', Acrylic on Primed Canvas, by MLHolton'
In response, I have taken cover in the studio. Recently finished this inviting woodland scene that BREATHES with soft light, soft colours and overall 'coolness'. Final image is 31" square, acrylic on primed canvas, entitled 'Woodlands'. It will be available AFTER my 'Open Studio' on October 16th during Canada Culture Days.( Please drop a line if interested to purchase: a deposit will be required.)

In other news, I've been very busy with the edit on the up-coming short story collection, STICKS AND STONES, and the new musical CD, GROUP THINK. Not quite ready yet, but getting there ... More on both projects will be posted soon on my social media outlets -  Facebook, Twitter, Instagram and on here, my general work site. So, hold tight. -- They're a comin'! - (Follow along via your preferred social media!)

IN THE MEANTIME, hang in there ... Keep your cooooooool ...

Sadhguru: The Man, The Myth. A Very Brief Introduction ...

Early June, I was tumbling through Youtube when I stumbled upon an interview of 'Hindi Yogic Mystic', Sadhguru, with an anesthetist and a neurologist at Harvard Medical School. I didn't know who he was or why he'd be sitting with these medical scientists. I was intrigued. He was adamant at the onset that he was "uneducated", and then proceeded to enthrall them all with his perspective. It was an eye-opening discussion, for more reasons than one. Primarily though, as I listened, I was amazed at how he was evidently satiating a deep and nearly universal 'spiritual hunger '... Watch for yourself.