Month of May Blasts Off!

The Month of May started off with a bang: three new book reviews of my latest novel, TRILLIUM, and two new print inclusions in on-line news-and-views sources. Plus, two on-line art exhibits.

BOOK REVIEWS: It is so gratifying when another author writing #historicalfiction acknowledges, reviews and promotes your title on their website. It’s a vote of confidence. Malve Von Hassell is no slouch.  Her bio follows: – 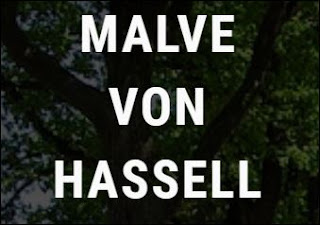 Malve von Hassell was born in Italy and spent part of her childhood in Belgium and Germany before moving to the United States. She is a freelance writer, researcher, and translator. She holds a Ph.D. in anthropology from the New School for Social Research. Working as an independent scholar, she published The Struggle for Eden: Community Gardens in New York City (Bergin & Garvey 2002) and Homesteading in New York City 1978-1993: The Divided Heart of Loisaida (Bergin & Garvey 1996). She has also edited her grandfather Ulrich von Hassell's memoirs written in prison in 1944, Der Kreis schließt sich - Aufzeichnungen aus der Haft 1944 (Propylaen Verlag 1994). She has taught at Queens College, Baruch College, Pace University, and Suffolk County Community College, while continuing her work as a translator and writer. She has self-published a children’s picture book, Letters from the Tooth Fairy (Mill City Press, 2012) and her translation and annotation of a German children’s classic by Tamara Ramsay, Rennefarre: Dott’s Wonderful Travels and Adventures (Two Harbors Press, 2012). The Falconer’s Apprentice (namelos, 2015) was her first historical fiction novel for young adults. Her most recent releases are Alina: A Song for the Telling (BHC Press, 2020), set in Jerusalem in the time of the crusades, and The Amber Crane (Odyssey Books, 2020), set in Germany in 1645 and 1945. 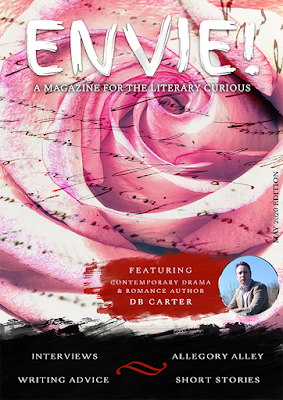 An up-and-coming book-blogger and author from the U.K, Melissa Hawkes, gave a shout-out to TRILLIUM, my 3rd novel, in her ‘May Book Recommendations’ post. Her first novel is coming out next year. She's gong-ho and jumping in!

ENVIE, a new on-line literary journal that engages directly with the Twitter #writingcommunity, also included TRILLIUM in their useful & informative May edition. -- No review, but a serious four-colour ‘plug’. - I’ll take it!

WRITING:
--- In the writing department, I have been invited to write a column on how the art world is faring during the #COVID19 pandemic. A rather broad topic, but I took a swing at it. It’s coming out shortly in the local news blog, The Burlington Gazette. The publisher and I have a long and somewhat cantankerous relationship, but we struggle on together to inform and delight local readers.

Finally, an older poem of mine, Pond Life, was recently included in an on-line Eco-Arts zine entitled, ‘The Materialist – In Honour of the 50th Anniversary of Earth Day’. It was compiled and designed by Lauren Frick, an undergraduate at Indiana University Northwest pursuing a BA in both English and Spanish. She is also a 2020 Sierra Club Climate Justice League student fellow and a contributor with EcoLit Books. -- It is always so much fun to see how other readers ‘get’ what I’ve written. In this instance, Lauren ‘played’ with the syntax to create a unique graphic visual that amplifies the words. It's an interesting choice that focuses the mind.

VISUAL WORK:
In the visual department, my art work is in two on-line exhibits with the Women’s Art Association of Hamilton. The first is dedicated to SPRING 2020, (shown here) and the second is related to #COVID19 and Social Distancing' ...