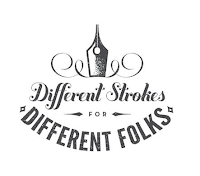 In the spring of 2012, I was invited to write a bi-weekly column for OurBurlington, a small local news blog in the area. I did this for a year and a bit. This was followed by periodic and longer posts to a larger local news & views source in Hamilton: Raise the Hammer.

Now, in the Spring 2017, I continue to 'keep an eye on' the wonderful & evolving Golden Horseshoe region of Ontario. - My turf. - Recent items have also appeared in The Hamilton Spectator, The Cambridge Times, The Lighthouse Digest, and Niagara This Week. For overview of my stories thus far, link HERE.

Outside of this recent spate of photo-journalism, I have also written two novels, 'Economic Sex' (under pen-name), published with Coach House Press in the 1980s, as well as 'The Gilded Beaver by Anonymous', published by Acorn Press Canada of Ontario, and winner of the Hamilton Arts Council Best Fiction Award in 1999.

Under my own artists' imprint, I've produced several coffee table books that explore an on-going area of interest and activity - photography.

Finally, for a taste of my poetic efforts, (with two poetry books published to date, On Top of Mount Nemo & Bush Chord), consider this gracious tribute of my words by Dr. Carol Soucek King, published during Brick Books 40th Anniversary 'Celebration of Canadian Poetry'. - I also contributed a review there of the inimitable 'Robert W. Service: The People's Poet', (published October, 2015.) More of my poetry can be considered on the excellent Canpoetry site - created over a decade ago by the University of Toronto.

In 2014, I was nominated for a Hamilton Independent Media Award, or Maggie, for article contributions to Raise the Hammer.org.  I've also been honored that Canadian composer, Tobin Stokes, set the title poem of Bush Chord into a new choral work -  performed by renowned west coast choral group, Vox Humana.

In the spring of 2017, in response to Canada's 150th year of Confederation, I released my first 'spoken word' and electro-pop album, CANADADA: TAKE TWO. (It got an excellent review by Glen Brown, Founder of Greater Hamilton Musician, and another great review by Ryan McGreal.)

Finally, one of my short stories, The Frozen Goose, was published in 'ENGRAVED: Canadian Stories of World War One', in 2014. It is now a completed 25 min short film - written, produced and directed by yours truly. A sold-out premiere happened at the Art Gallery of Burlington in September of 2016. The first edition DVDs sold out. There has been lots of press for two years about that effort, with a really terrific review  in the December Issue of  The View Magazine.  (Swipe to Page 13.)

The Frozen Goose film was selected for the 2017 Hamilton Film Festival, as part of the 'Ontario Shorts Program'. It screened on Wednesday, Nov.8th, 7pm, at Cinestarz Burlington.  The first screening sold out, with a second Screening scheduled for Nov. 9th. The film was also shown on COGECO/YOURTV on Remembrance Day (x3), and again on CABLE 14, that covered most of Southern Ontario, as part of their 'Holiday Programming' on Dec 16th,2017.  Educational distributor, MacIntyre Media of Collingwood, has now picked up the Canadian rights for this film for four years. Hoorah!  -- The FROZEN GOOSE is also ON-LINE for personal viewing. 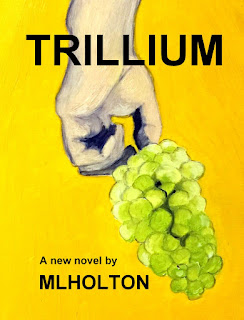 This epic saga follows the lives of three very distinct families who arrive and settle in the Niagara region of southern Ontario, Canada.

Releasing in 2019, an e-pub edition of TRILLIUM, as well as a trade paperback are now available for ORDER.  Alternative e-pub editions can be sourced HERE.

AUDIOBOOK now on iTunes or on Amazon/Audible.

Hope you will enjoy a word or two!~ - mlh


'The Act & Art of Writing' by M.L.Holton, pre-recorded for the 'Speaker's Series' at the Art Gallery of Hamilton, March, 2019.

Re-Released in 2020, The Gilded Beaver - Second Edition, by Margaret Lindsay Holton. Learn more about the reason WHY this juicy design-centric title was re-released  here ....