A Grass Roots PETITION - Vote NO to the Pan Am Games in Burlington City Park! 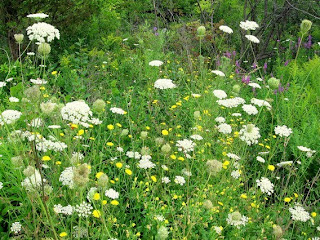 We have so little time to get this message 'up' and 'out' - venues are being finalized, monies are being spent - yet, we MUST TRY to be HEARD before it really is TOO LATE. Please -
Vote NO to the Pan Am Games in Burlington City Park

The 'new' Burlington City Park, the largest park in Burlington, is currently 'under construction' at Kerns Road and Dundas Street.. The Bruce Trail runs along its brow edge and Kerncliff Park is already there, in its south-western 'corner'. Located primarily on TOP of the Niagara Escarpment, it is home & haven to a wide variety of species - including wandering & wondering nature-loving humans ...

Most of this rural park land, though in the political boundary of Ward 1, butts up against Ward 3 and Ward 15 on top of the Niagara escarpment. This petition has been created to draw attention to the FACT that most Burlingtonians - let alone citizens all over the Golden Horseshoe region - have had little to no say about the impact this Pan Am 'venture' will have on THEIR park. It's not simply the park that's underway, it's the sneaky way the City has 'slipped' in the Pan Am Games ONTO the development of this PUBLIC land space.

After the rejection of Sherwood Forest Park in the urban core as the 'soccer' venue for the Games, by local residents, City Staff put forward the "remote" new 'City Park' to Burlington City Council.. Before the City could get the Pan Am 'bid' they had to convince and get the Niagara Escarpment Commission's 'approval'. This entire escarpment zone is locally known as unique, in many ways it remains 'untouched' and, as such, falls under the NEC mandate to preserve and protect it from inappropriate development.

When the City originally proposed the idea to the NEC in February of 2010, the NEC turned them down. The City's 'plan' encompassed 10,000 spectators, with seating for 8,500 plus all the necessary food, security, garbage, restroom and media/power facilties to accommodate such a large soccer-minded crowd. The NEC was rightly concerned that the size and scope of this kind of event would upset the natural equilibrium of the park. So, the City went away, and sharpened their pencils. On June 17th, they came back with 'revised' numbers for the NEC: Suddenly projected attendance had dropped from 10,000 to 5000 that only necessitated 'temporary' seating for 3500 with NO on-site parking for spectators. The crowds would be shuttled in by a 'temporary' transit system. They also said that when the Games were done, the whole 'event' would be dismantled and cleaned up. The NEC gave them the go-ahead.

HOWEVER, things just aren't adding up, and this should be of GREAT CONCERN to all those interested in maintaining ANY wonderful natural park on or near the magnificient Niagara Escarpment. During the City's June presentation to the NEC, City officials maintained that there had been numerous public consultations - including an 'Open House' in Ward 1, specifically about the Games, and that the "vast majority" there of "over 30 people" had voted in favour of the Pan Am Games. 30 people does not a 'majority' make! Meetings have been held about the PARK, not the Pan Am Games IN the park, and that's where something is starting to stink ...

What is becoming increasingly clear is that the City does not want another 'citizen rejection' of their big-ticket Pan Am scheme. The City has seemingly used the 'cloak' of public consultations about the PARK, not the GAMES, to inflate their 'public approval' numbers to the NEC, the media and the organizers of the Games. If people really HAD been properly informed and consulted about the IMPACT these games would have altogether, it is very unlikely that they would want them any more then did sensible residents of Sherwood Forest Park.

All Wards butting onto the park - Ward 1, Ward 3 and Ward 15 of Hamilton - should be better informed about this 'Over the Top' SPORTS SHOW that will be running for the summer of 2015.

City Park, as originally conceived, is, yes, IN PART, a recreational sports park, but increasingly it is being 'modified' and 'reshaped' to accomodate the mega-million dollar 'branding' ambitions of the Pan Am Games. This is NOT - when understood in full scope - what people ' pro the park' had bargained for.

In short, 'we' were not adequately informed or consulted, and 'we' are now being 'railroaded' into 'accepting' it, like it or not. Well, I, for one, am NOT accepting it. The need to accomodate so many - 5,000 or 10,000 or even 15,000 - will move the park so far away - conceptually - from what it SHOULD be, and what it was originally SOLD to us as, that it does now warrant this GRASS ROOTS 'citizen's protest'.

The new Burlington City Park is INAPPROPRIATE for the Pan Am Games. 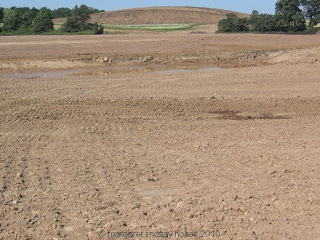 
Note: We held off the assault for ten months, but as of April 7th, 2011, we've 'lost'. The Ministry of Natural Resources has given City the 'go ahead', albeit with certain conditions. It's over. Plastic Grass is going into this park forever. For more info, and Spring Newsletter, link here -